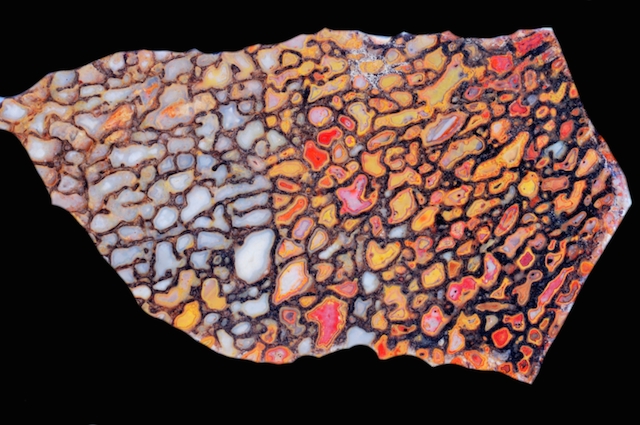 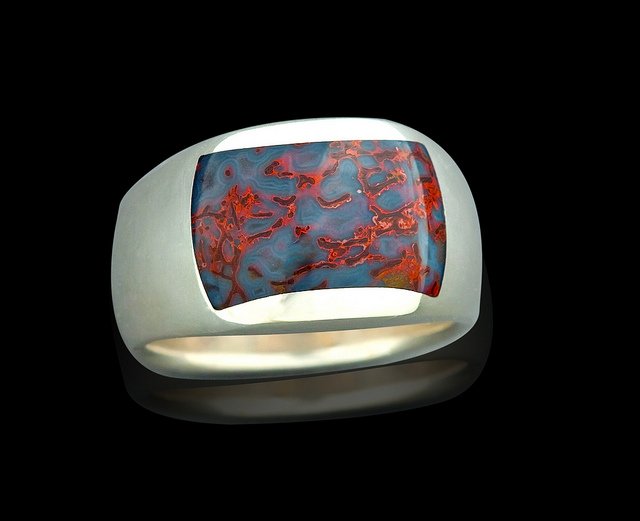 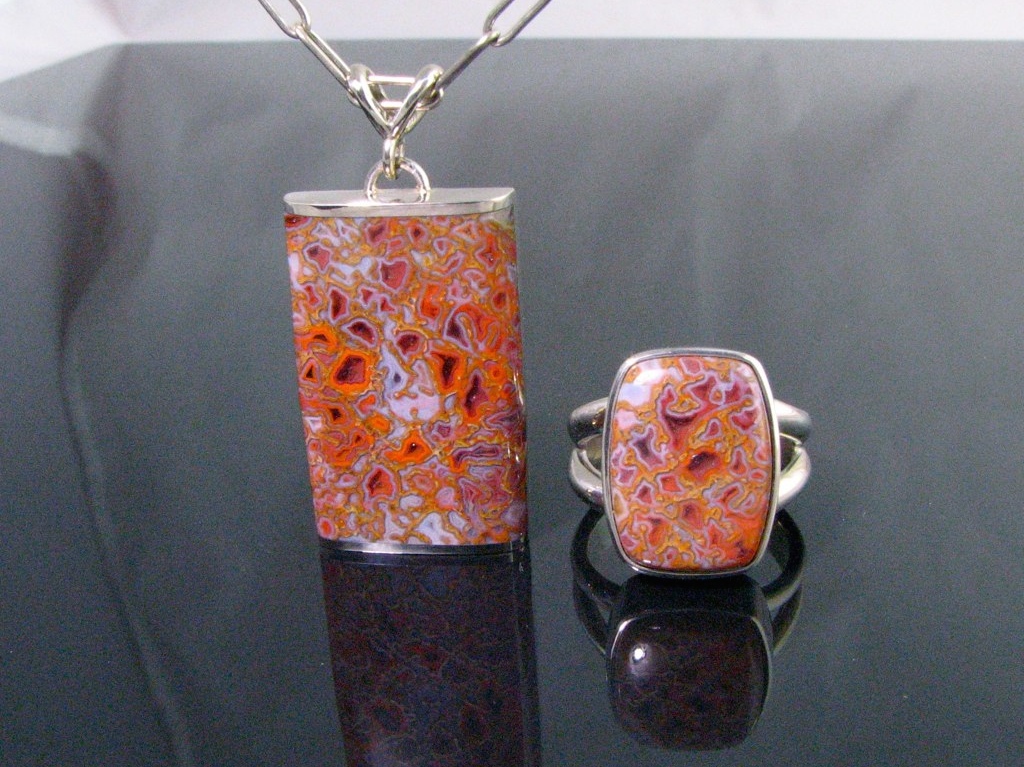 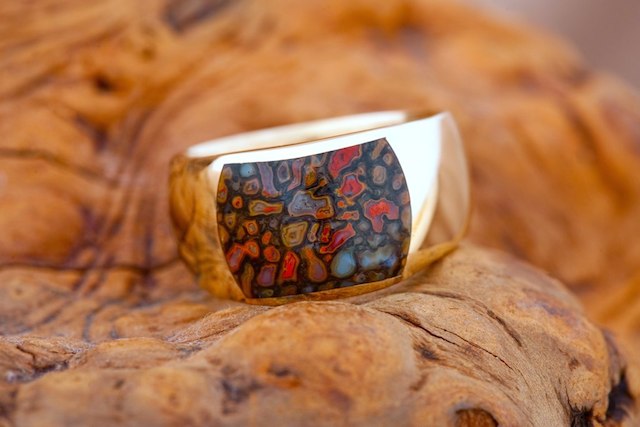 Gem grade agatized dinosaur bone is one of Different Seasons most popular and requested gem types. It is also Mark Anderson’s favorite gem type to collect and use in jewelry and lapidary art creations. The Different Seasons Gem Dinosaur Bone collection is vast, shown below are a handful of examples of the jewelry and gems they custom cut from this extraordinary gemstone material.

Gem dinosaur bone is technically known as silicified fossil of dinosaur bone (agate is a form of quartz, which is a form of silica). The colors in agatized dinosaur bones come from trace minerals in the silica solution that replace the bone during petrification. In the best cases the incredible details of the cellular structure of the original bone have been reproduced, leaving the pattern in bone we refer to as cell patterns.
Dinosaur bone is a gemstone with a magical allure, enduring and preserving a bit of our past.

Non-gem grade fossilized dinosaur bones are found in many places around the world but the highly agatized and beautifully colored & patterned dinosaur bone known as “gem bone” is almost exclusively found in the four corners region of the Colorado Plateau in the USA (where the states of Arizona, New Mexico, Utah, and Colorado touch). Most of the premium gembone used by Different Seasons was collected in Utah.